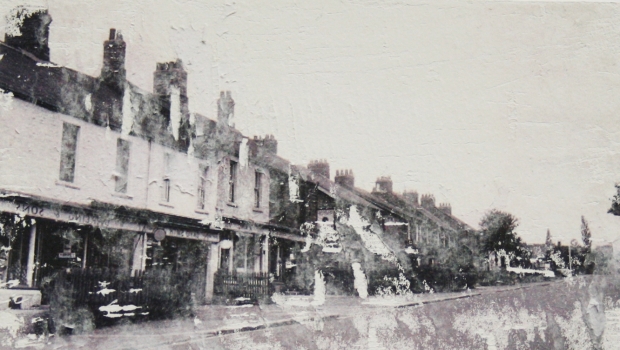 Led by artist Paul Merrick, Great North Run Culture and Locus+ are delighted to be working in partnership with Walbottle Campus to produce and exhibit new work by Year 10 students inspired by The End of Civilisation and the themes of location, landscape and identity.

The End of Civilisation, a new film by Turner Prize winning artist Douglas Gordon, co- commissioned by Great North Run Culture and Locus+, was the starting point for an education project which culminates in the exhibition Black or white, mainly grey.

During the last two months, artist Paul Merrick has worked with twelve Year 10 students from Walbottle Campus to develop a series of contemporary artworks which will be on display on the Ground Floor and Level 2 of the City Library in Newcastle.

The school’s unique location, close to Hadrian’s Wall, played a crucial part in the student’s initial research. Context and place were explored together with themes of boundaries, barriers and borders, both physical and psychological. The students were asked to consider their identity and relationship to the unique place that is Walbottle.