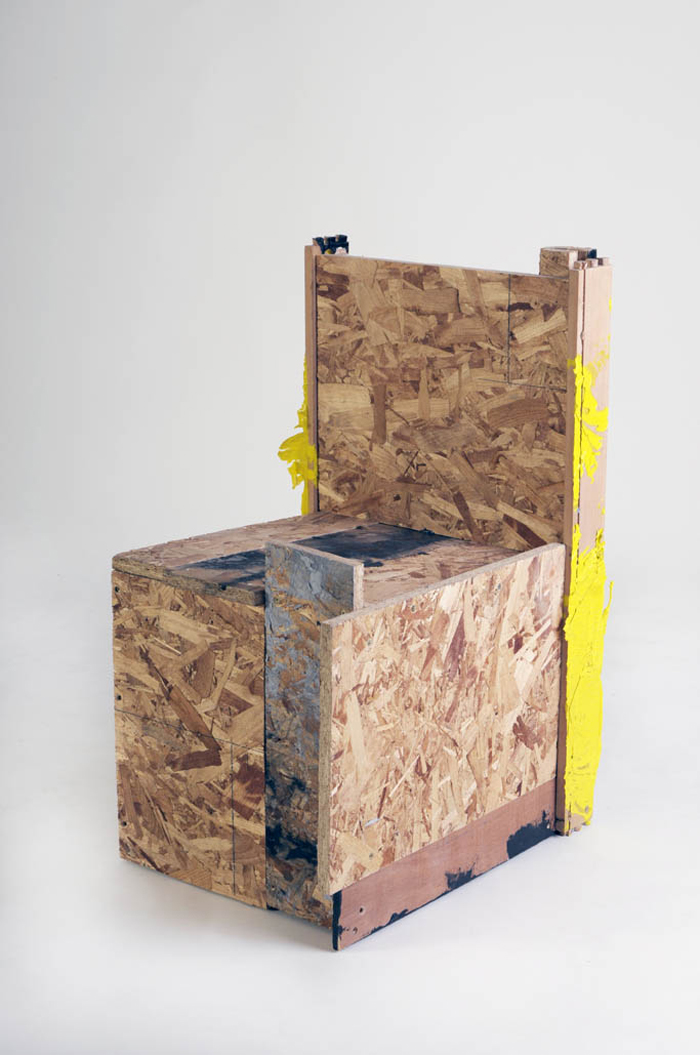 The work in this exhibition alludes to the domestic environment in one form or another. Each artist works with the domestic image to a greater or lesser extent to convey individual concerns. The use of found or discarded material is also another characteristic of the work whether it be metal rust filings or reconstituted furniture. The process of making exists somewhere on the threshold between production and destruction.

These artists enjoy the physicality of material and its transformation into the new found imagery. Dislocation, dismemberment, disintegration and distillation are fuel for these works contradicting the culture of ‘home neat home.’

“In contrast to the ambivalent-even antagonistic-relationship between domesticity and modernism, the postmodern are witnessed a kind of homecoming in high culture, as artists and designers have (re)turned their attention to domesticity. Specifically the idea of home today is caught between the stasis of nostalgia, historical fantasy and dynamism of activist engagement with the future: on the one hand, the home functions as a potent image or symbol, on the other it exists in all the complexity of daily experience in a three dimensional world.”

‘Not at Home; The Suppression of Domesticity in Modern Art and Architecture’
(Thames and Hudson 1996 p23)
Sharon Haar and Christopher Reed

We live in a century where the domestic appears transient and elusive.
Paradoxically, home suggests familiarity, comfort and security and yet it can be a theatre for the absurd, strange and bizarre. Is it a state of mind or a place? These works reflect that uncertainty in uncertain times. We now live in a culture where DIY is cool, the DIY stores reign like cathedrals to the flat-pack and a proliferation of makeover TV shows invade our living space. The discarded, disguised and remade.